History Lesson for a Diamond Classic 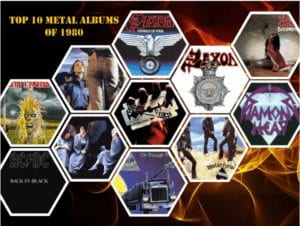 This is a guitar lesson on how to play the thrash metal classic: Am I Evil by Diamond Head. Included is the tablature that you can find right here: 👉 👉  Am I Evil – Diamond Head

Am I Evil by Diamond Head, is one of this band’s best known songs and a true blueprint of what came to be known as thrash metal. Influencing bands such as Metallica, Exodus, Megadeth, Anthrax, Slayer, and many others; this track stands out as a true testament that they were trailblazers of the musical genre as well true metal visionaries. This is a guitar lesson with included tablatures on how to play this is classic song from their album Lightning To the Nations from 1980. So much praise has been given about them from none other than James Hetfield himself, claiming that Metallica were so highly influenced by them and Motorhead.

There’s no better source of learning the material other than going right to the source of the man who wrote the song himself. This is an excellent breakdown as Mr. Tatler shows you the correct way to play the songs rhythms as well as solos. You will note first section of the song, is all played by using a down picking technique which gives the structure and feel of the riff, a more aggressive and powerful feel rather than using an alternate picking method.