They met each other when they were both in high school. Adrian Smith was in a band called Urchin, which Dave Murray saw perform live.

Dave  Murray was so impressed with Adrian Smith’s guitar playing that he asked him to join his band, Iron Maiden.

Adrian Smith agreed and the two have been playing together ever since.

Even though their names often go together, they each have their own interesting stories and talents.

Things To Know About Dave Murray 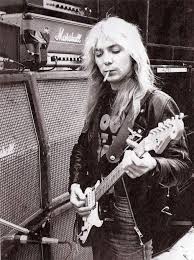 Dave Murray is the only member of Iron Maiden who has been with the band since their very beginning.

That in itself is an outstanding accomplishment.

It’s a common misconception that all left-handed people play guitar left-handed, but that’s not necessarily the case. For Murray, it was simply a matter of practicality. When he was first starting out, all of the guitars he could find were made for right-handed players. So, he taught himself to play right-handed, and it’s something he’s stuck with ever since.

Things To Know About Adrian Smith 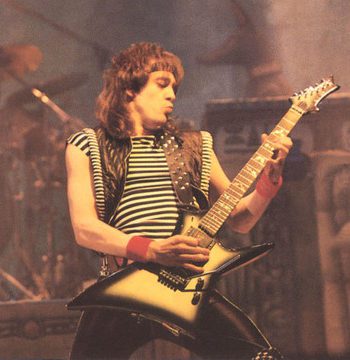 Adrian Smith has written some of Iron Maiden’s most popular songs, including “Aces High” and “2 Minutes to Midnight”.

Smith’s songwriting is characterized by its catchy hooks and complex guitar work, which has helped to make Iron Maiden one of the most successful metal bands of all time.

In addition to his work with Maiden, Smith has also released several solo albums and collaborated with other artists, such as Bruce Dickinson and Dream Theater. Regardless of the project, Smith always brings his trademark passion and energy to his songwriting, creating memorable tunes that are sure to please metal fans for years to come.

Adrian Smith has his own signature guitar model with Gibson.

Over the course of his more than three decades with the group, Smith has established himself as one of the most respected guitarists in the metal community. Now, he has taken his place among the ranks of rock legends with his own signature guitar model from Gibson. The Adrian Smith Signature Gibson Les Paul Standard is a true work of art. Featuring a mahogany body and maple top, the guitar has a rich, full sound.

This list of equipment is taken from the Piece Of Mind era, my favorite Iron Maiden album ever:

Dave Murray and Adrian Smith are two of the most important figures in the heavy metal world. As the guitarists for Iron Maiden, they have helped to shape the sound of metal music and influenced generations of guitarists.

With their catchy songwriting and intricate guitar work, Murray and Smith have helped to make Iron Maiden one of the most successful metal bands of all time. In addition to their work with Maiden, they have also released several solo albums and collaborated with other artists.

No matter what project they are working on, Dave Murray and Adrian Smith always bring their trademark passion and energy to their songwriting, creating memorable tunes that are sure to please metal fans for years to come.

Dave Murray and Adrian Smith are two of the most important figures in the heavy metal world in my point of view. They have been such a big influence on me in terms of my choice of song structure, melodies, and minor tonalities in my own songwriting.